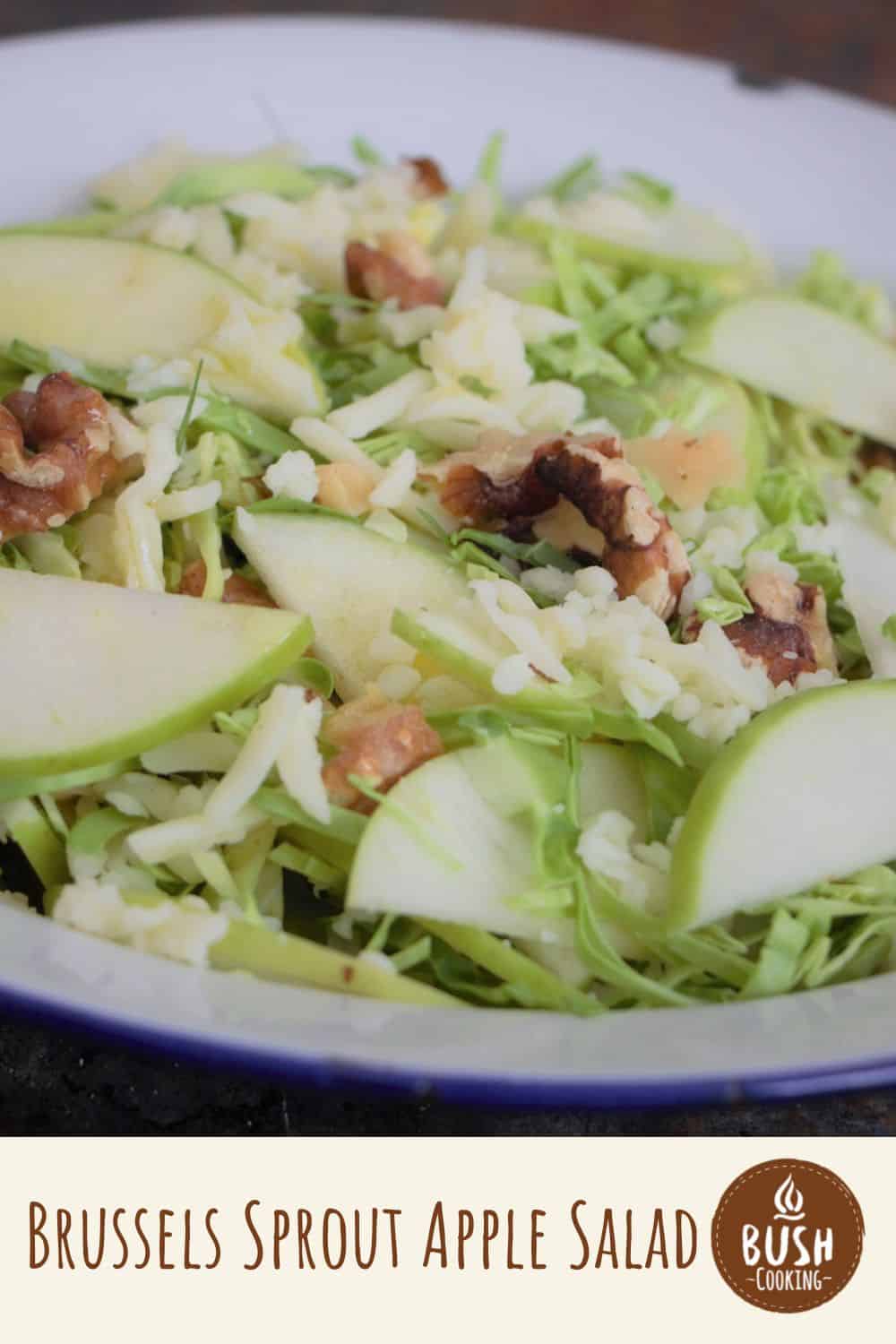 Want to eat salad all year round? This winter-style salad uses brussels sprouts and apples to create a fresh set of flavors, using seasonal produce in the cooler months. The dressing is scratch-made also with a honey sweetener.

Although initially skeptical, the brussels sprouts worked well as a new spin to cabbage-based slaws which taste similar. The nuts and cheese balanced out the tastes and textures.

Feel free to make substitutions with ingredients available the walnuts may be substituted for pecans or slithered almonds. The white cheddar works well but can be exchanged with Parmesan or Pecorino. 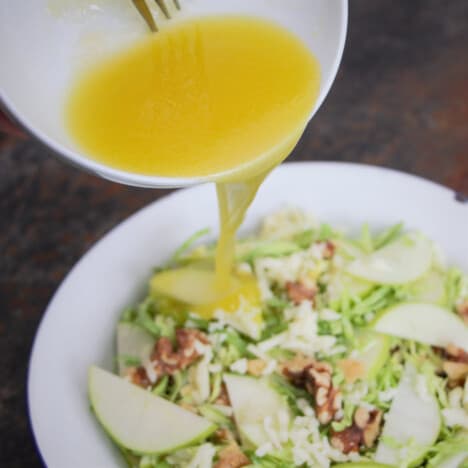 Whisk the dressing to combine well then toss with the salad just before serving. 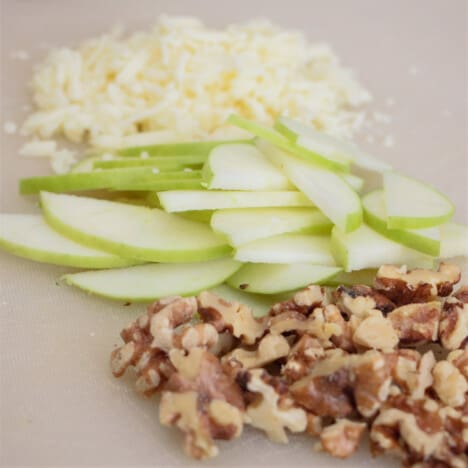 Slice the apple just before serving so it doesn’t brown. 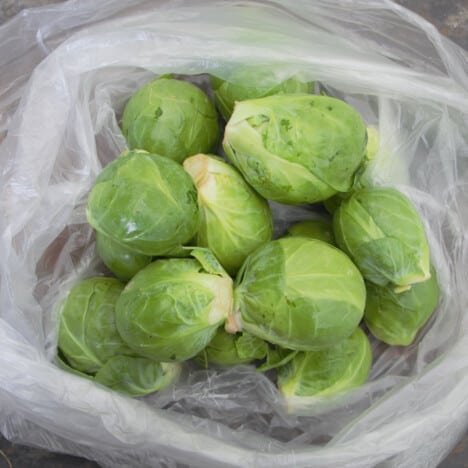 Peel the sprouts of any damaged outer layers and trim the tough stalk. 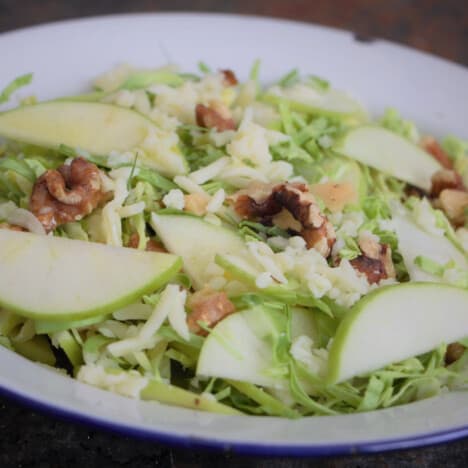 The briussels sprouts and apple salad may be served as a light meal or as a side dish. 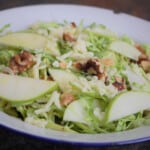 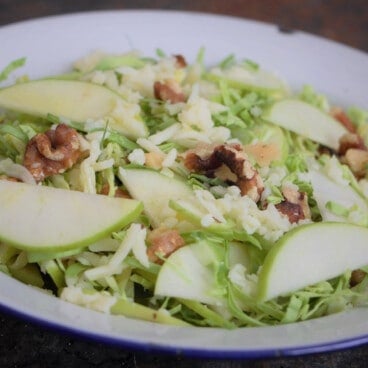 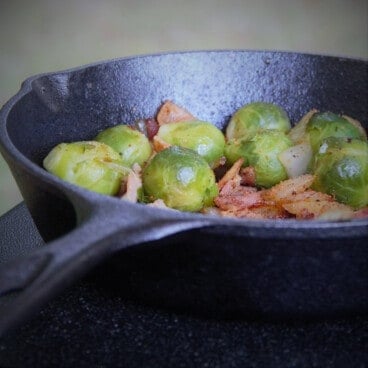 Cast-iron grilled Brussels sprouts are a savory side dish, which complements many outdoor meals. Tossed with bacon and onions, then… 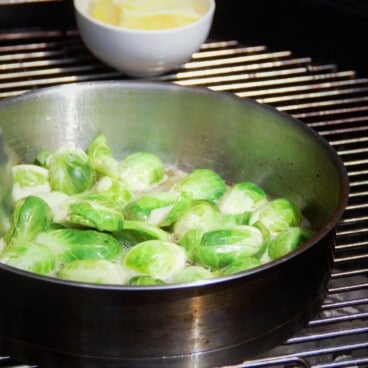 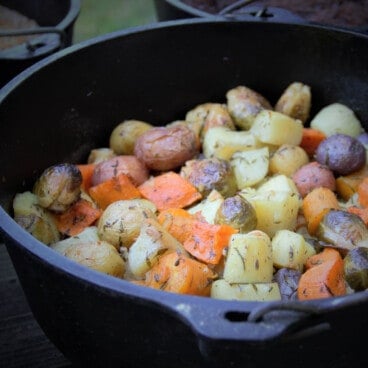 Baking vegetables in a Dutch oven is such a simple and easy way to cook them outdoors. This recipe for… 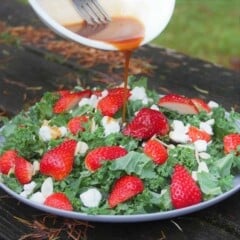 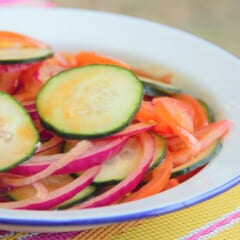 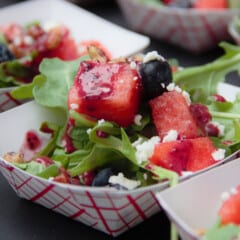