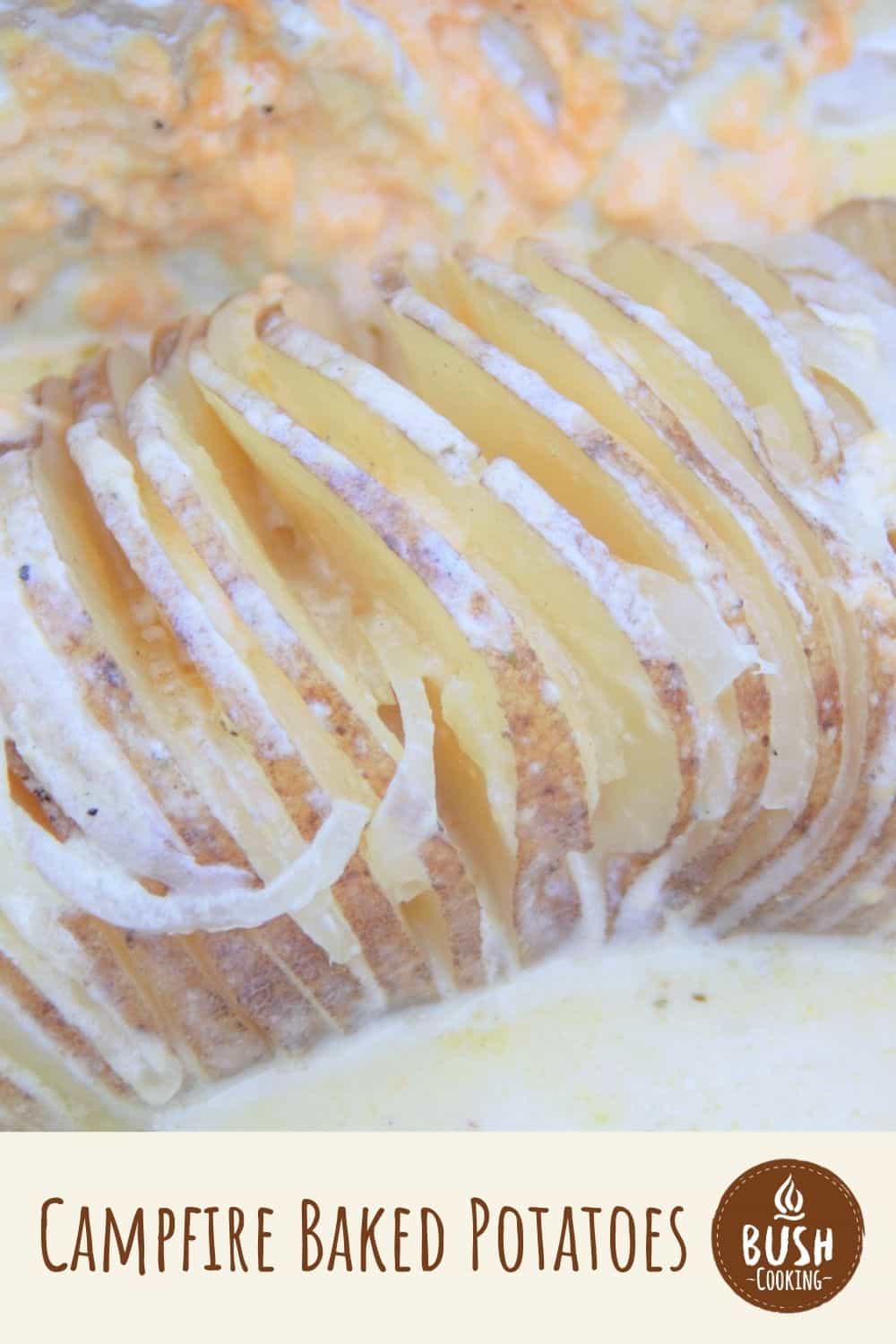 Cooked in foil and placed in the campfire coals, these creamy baked potatoes are a delicious camping dish packed full of flavor. They are a step up from the traditional baked potato, which is simply cooked as-is. These potatoes are layered with onions and cream, then cooked until perfectly tender.

Similar to a potato bake or potato au gratin, they include cream, onions, and cheese to create a rich potato dish. Changing the size of the potatoes used determines whether this is something to share or an individual portion. A large russet potato can serve to one person as part of a smaller meal, or be shared by two people if part of a large meal.

The flavor can be varied by the cheese selection and the amount of herb rub used. If you want to scale this up to a full meal, consider adding additional protein to the foil pack such as bacon, ham, or sausage. 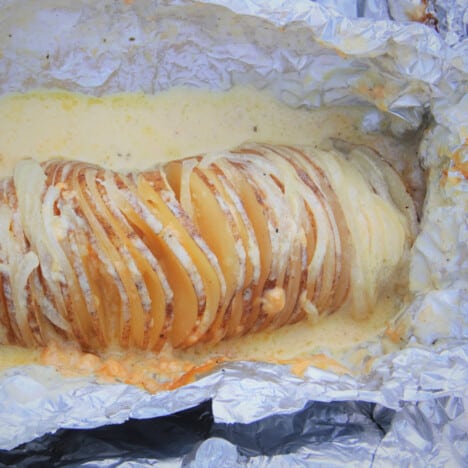 Once the potato is soft and can be squeezed easily, open the foil to reveal the creamy baked potato. 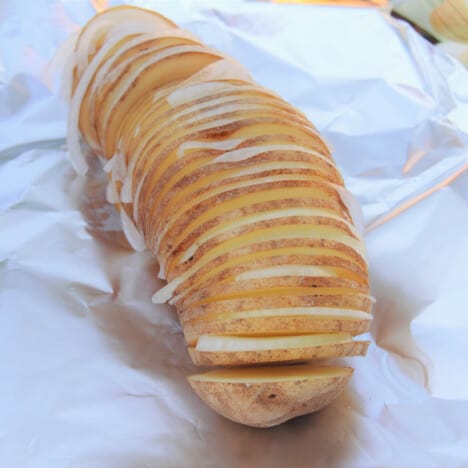 Sliced onion is placed into each cut in the Hassleback potato, prepared prior to cooking. 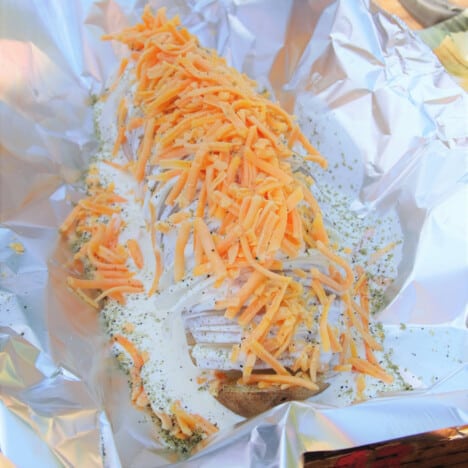 Once all the ingredients are in and on the potato it can be wrapped tight and placed in the campfire. 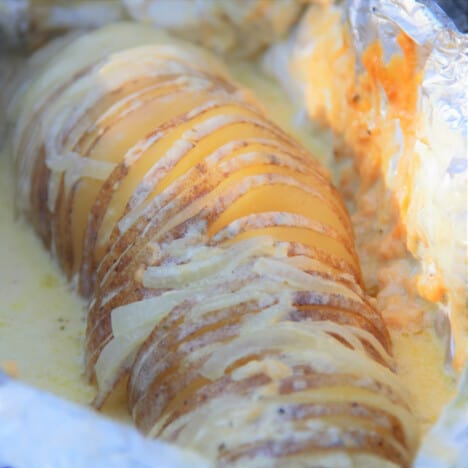 Once cooked, the tender sliced potato sits in a cheesy cream sauce. 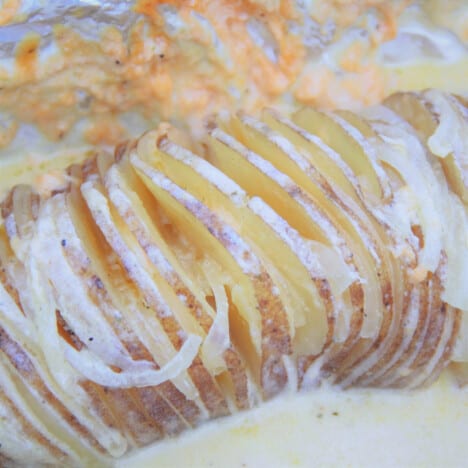 Cutting the potato carefully in a Hassleback-style is important to the mingling of flavors. 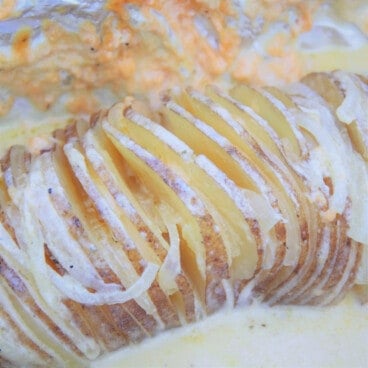 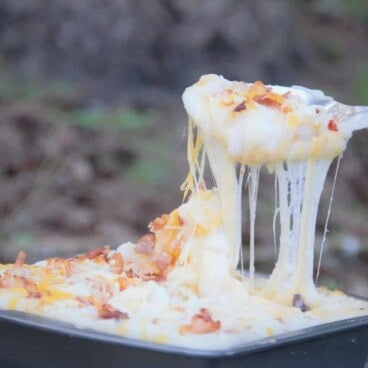 An incredibly decadent side dish, loaded mashed potatoes includes bacon, cream, and three kinds of cheese all baked in a… 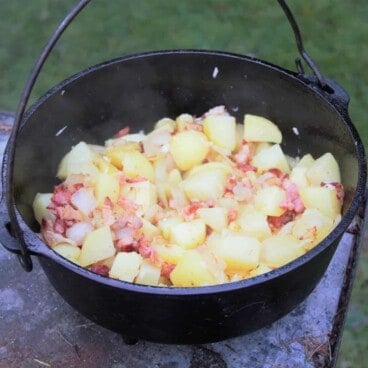 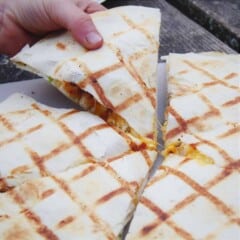 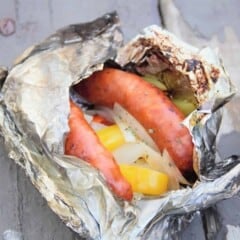 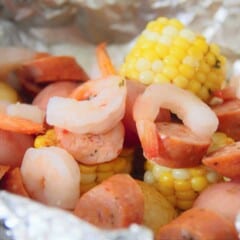 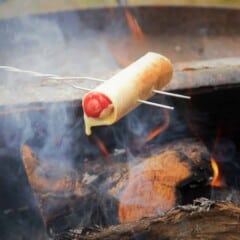