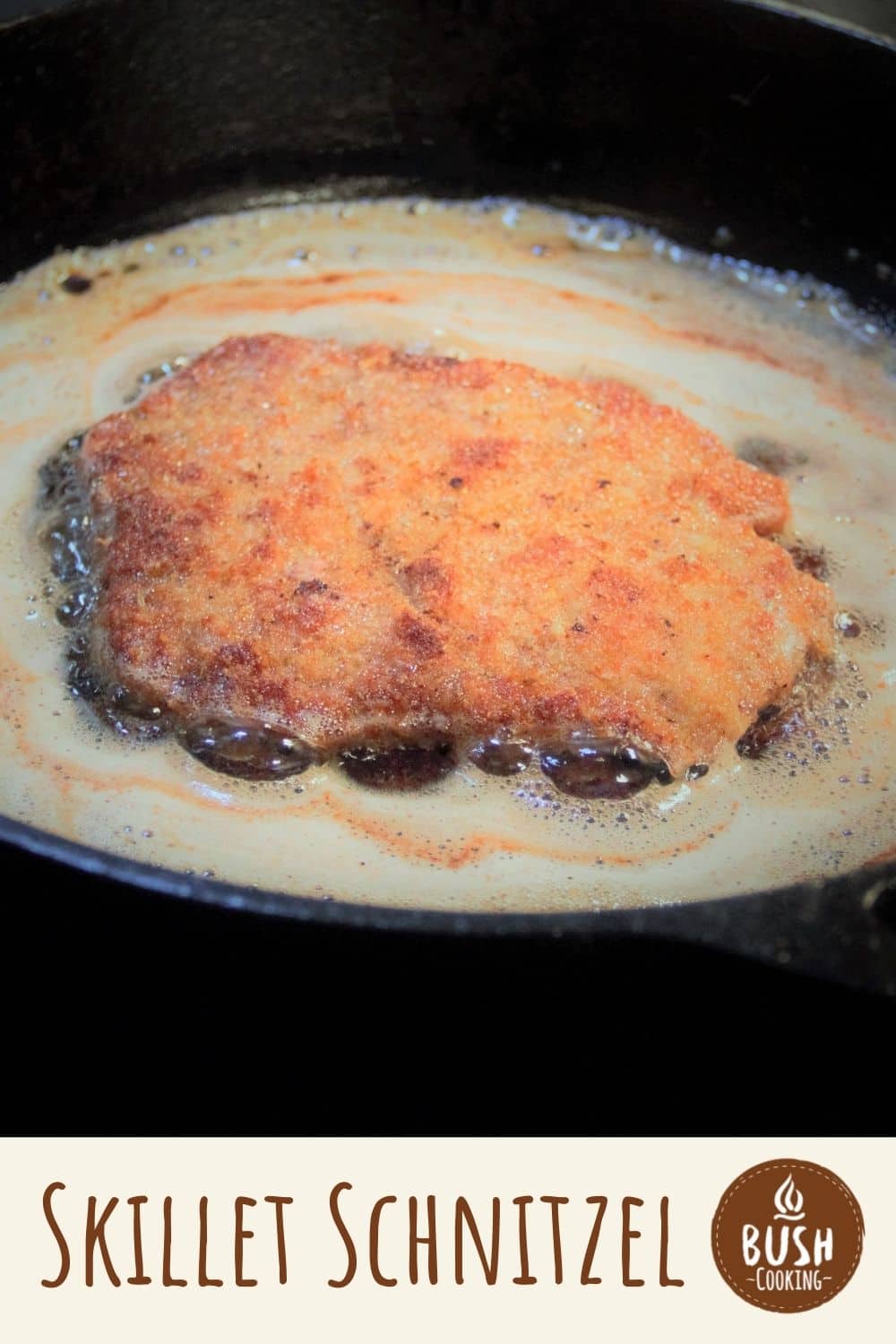 With a little work up front, a homemade skillet schnitzel is a flavorful option while camping. Schnitzel can have a simple accompaniment of lemon wedges or a wide range of sauces. It can also be served with vegetables or a salad.

The meat preparation is important in this dish. The veal is lightly bashed with a meat mallet to thin and tenderize it. Some locations sell the meat already processed like this so the step can be skipped.

The crumbing station has three elements, but can be easily set up and used even while camping. Make sure the egg wash is whisked well to make it very smooth. You may want to have extra breadcrumbs on hand if you like thicker crumbing. 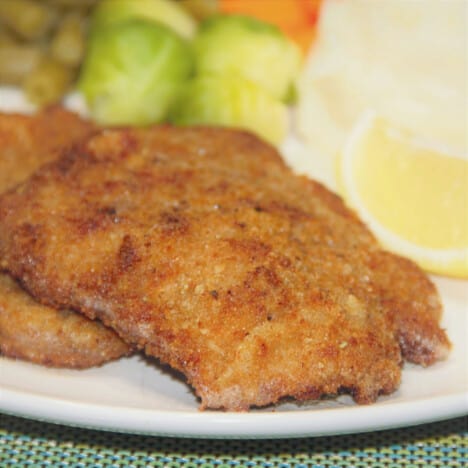 Finished schnitzel is served with vegetables and a wedge of lemon. 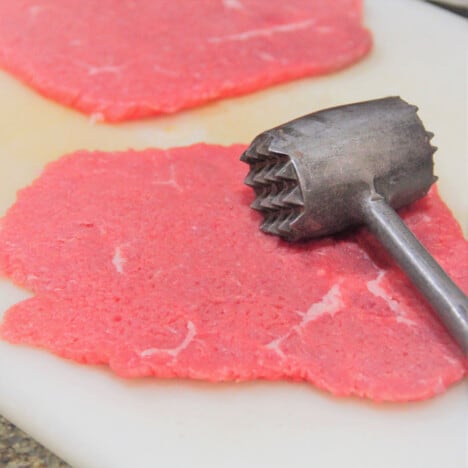 Using a meat mallet to bash the steak as thin as possible makes it cook well in the crumbs and tenderizes the meat. 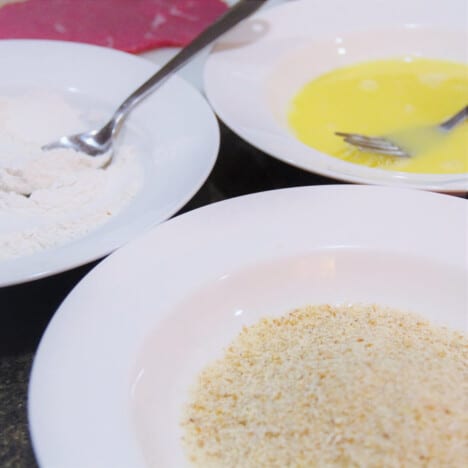 The crumbing station consists of three elements: the flour, egg wash, and breadcrumbs. 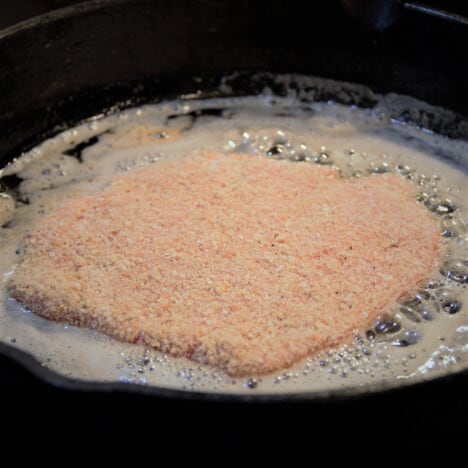 Cooking over a gentle heat is on of the trick of creating a perfect golden crumb on the schnitzel. 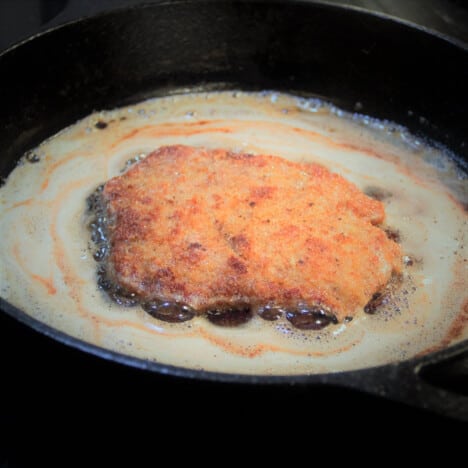 The schnitzel is cooked in the skillet until the crumbing is a golden brown. 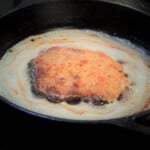 With a little work up front, homemade Skillet Schnitzel is a flavorful option while camping. It can be eaten alone or with a sauce.
PrintReview
Preparation 20 minutes
Cook 20 minutes
Ready in 40 minutes
Servings 4 Servings
CourseDinner
InfluenceEuropean
DifficultyExperienced
MethodFry 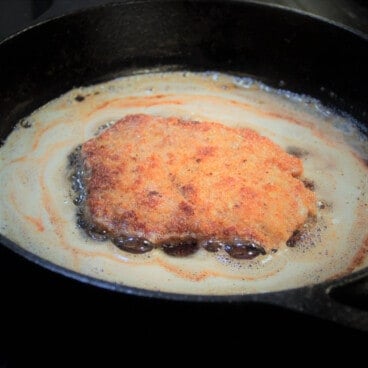 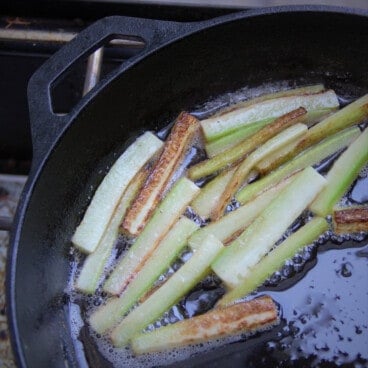 Cucumber is not the first vegetable that you think of when frying, with it being more associated with salads. However,… 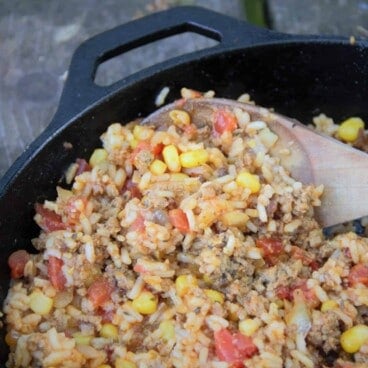 Camping skillet Chorizo rice is a spicy and hearty dish that can be cooked quickly over a hot fire. Made… 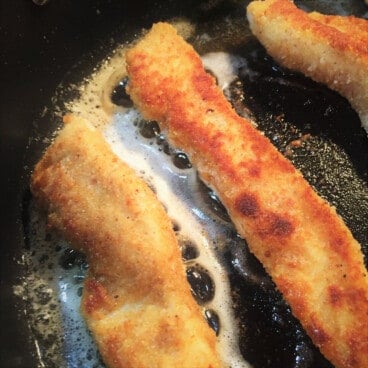 Although some people think it is too much effort to bread/crumb your own meat to make skillet chicken tenders, it… 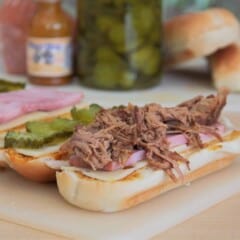 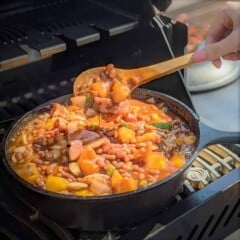