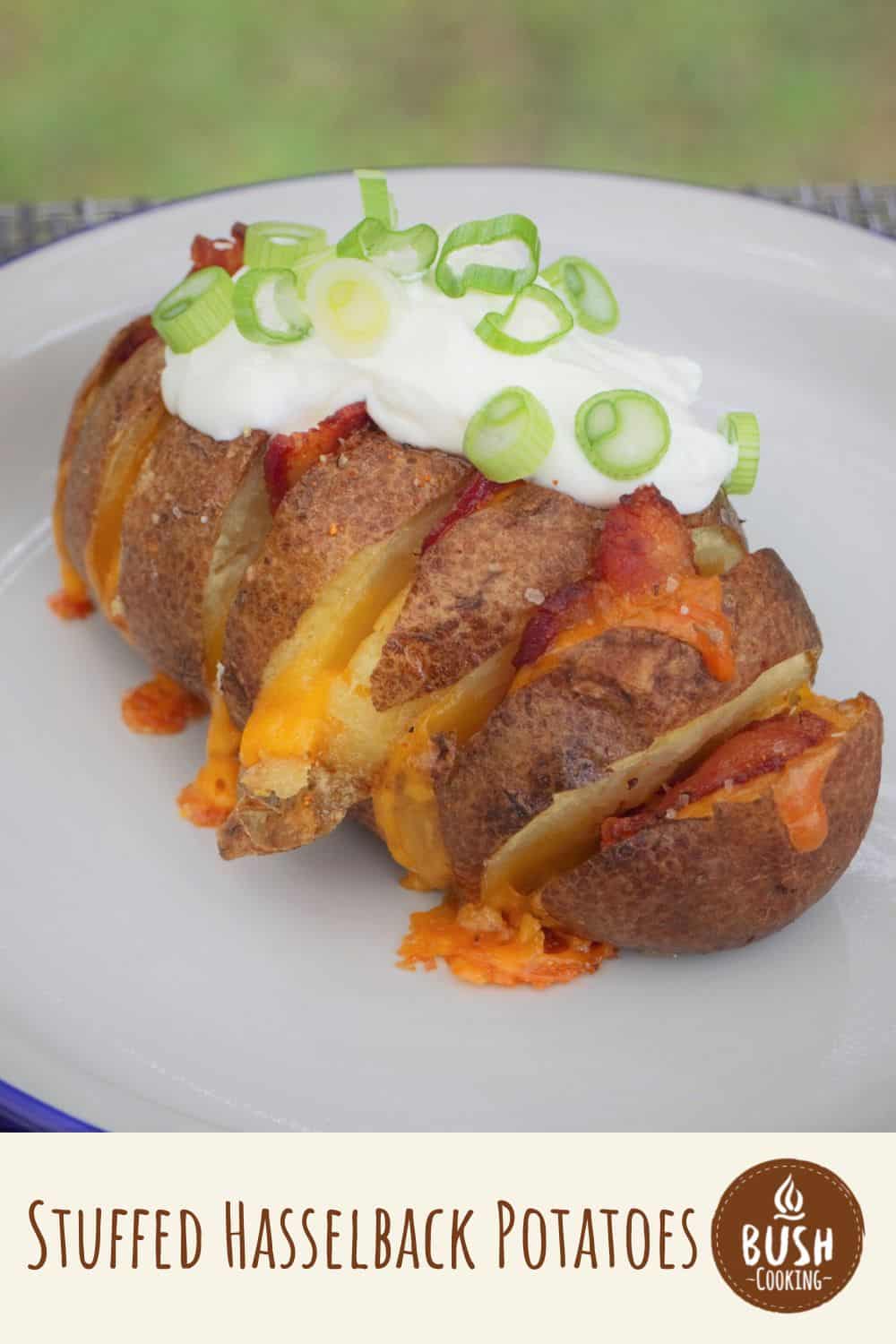 Hasselback potatoes are a fun way to cut and cook potatoes, this version has these cuts stuffed with tasty bacon and melted cheese. When cooked they are served with sour cream and green onions.

The potatoes can be cooked for this dish or use leftover baked potatoes from a previous meal. Either way, the meal works out great. If used as an appetizer or finger food then use small potatoes, the large ones in this version assume a small meal.

If feeling adventurous try making these then wrapping them in foil and cooking right in the coals of a campfire. For more adventure step up the ingredients, perhaps replacing the bacon with pulled pork or using a more exotic cheese. 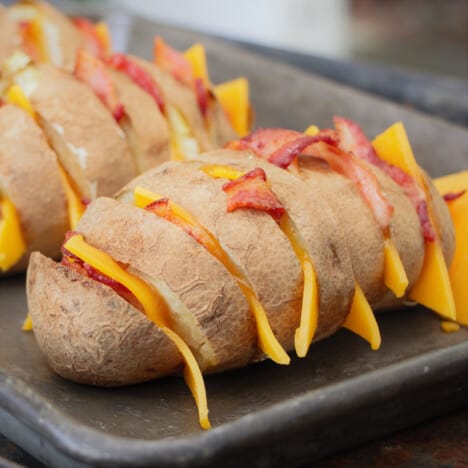 Use a sharp knife to make partial slices in each baked potato then place in each cut the cheese and bacon. 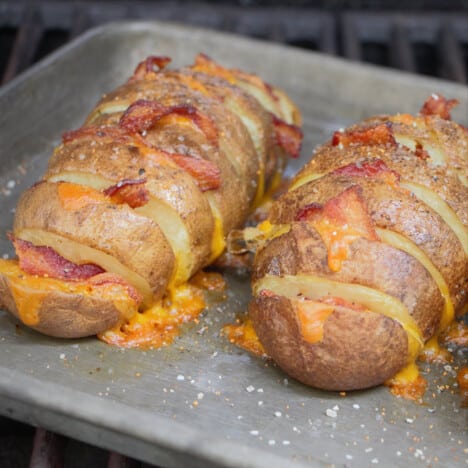 The time cooking after being stuff is just long enough for the cheese to melt. 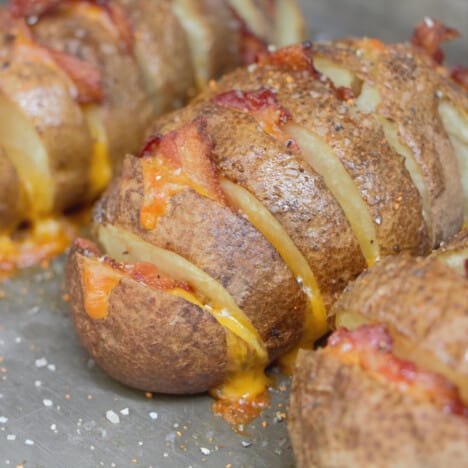 Enough cheese and bacon needs to be added to balance out the amount of potato. 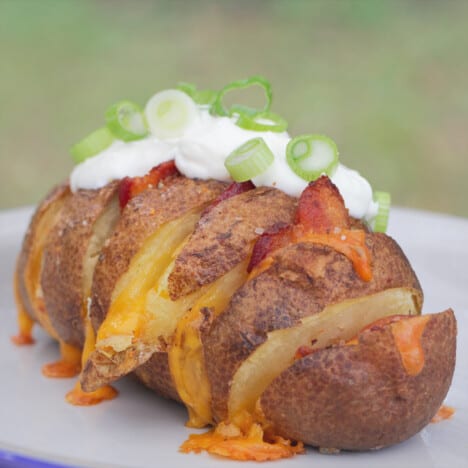 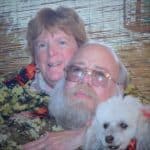 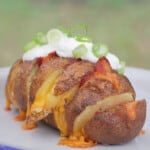 Hasselback potatoes are taken to another level with the bonus of them being stuffed with bacon and cheese.
PrintReview
Preparation 15 minutes
Cook 1 hour 15 minutes
Ready in 1 hour 30 minutes
Servings 3 Servings
CourseAppetizer
InfluenceGlobal
DifficultySeasoned
MethodBake 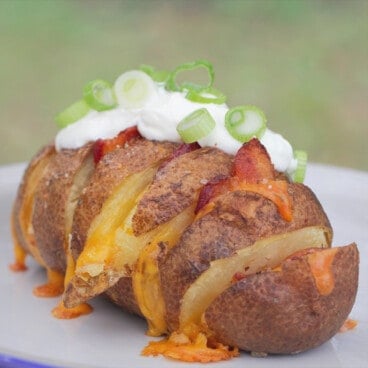 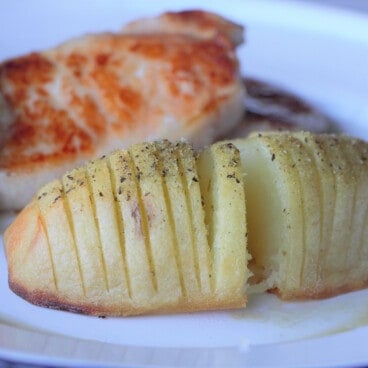 Hasselback potatoes are a fantastic side dish, where the outside is crisp, but the center remains creamy and soft. This… 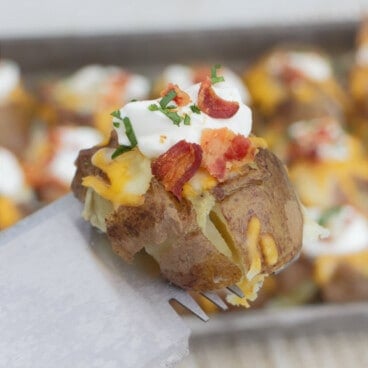 Potatoes are smashed open and then stuffed (well at least topped) with cheese, sour cream, and bacon to make a… 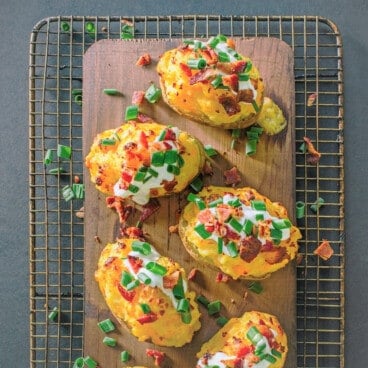 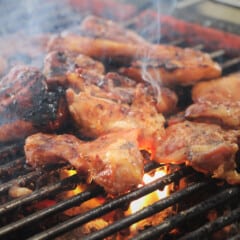 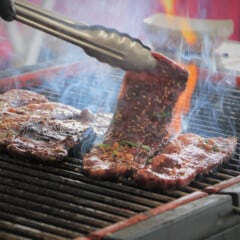 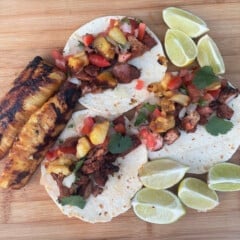 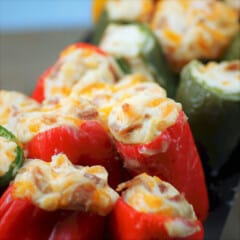 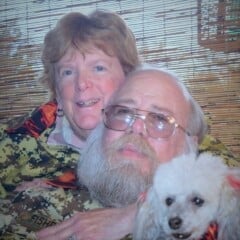 Ken, and his wife Patti, are the team behind the popular blog Date Night is Doing BBQ for 2. Together they share BBQ from lighting the fire to sitting down and sharing it with your significant other.