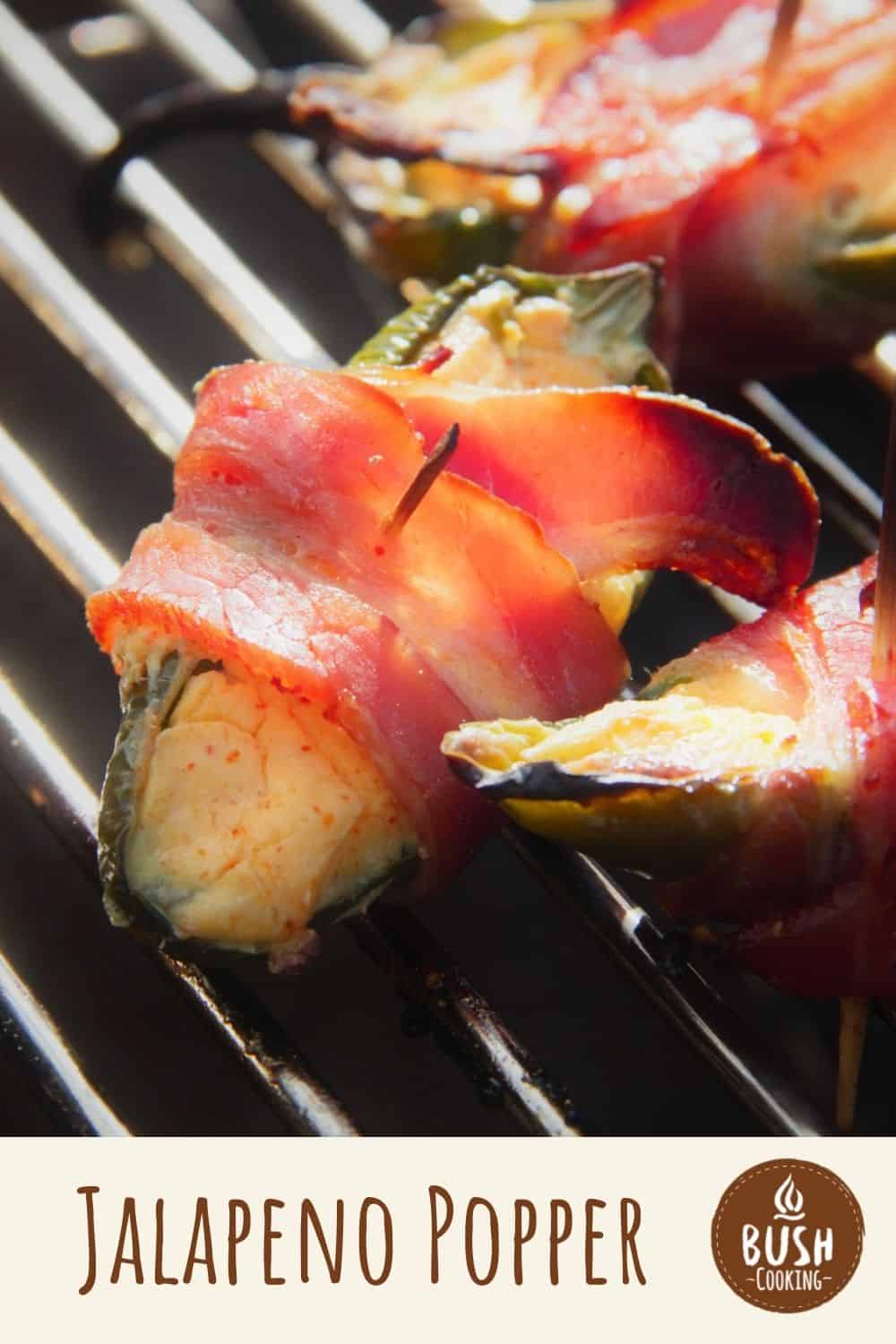 Jalapeño poppers are a popular American finger food appetizer to eat at outdoor barbecue gatherings. The gentleness of the cream cheese counters the heat of the jalapeño peppers, creating the perfect balance. Even if you like spicy food, be careful when you prepare the peppers to not get the oil on your hands.

Each pepper is halved and filled with a cream cheese filling. It is then wrapped in a piece of streaky bacon and grilled. The resulting parcel is a perfect finger food to share with friends and family.

There are a lot of ways to modify this recipe to fit your personal tastes. Replace the hot jalapeño pepper with mild mini bell pepper. Substitute the spices for your favorite rub, and add some additional cheese to the cream cheese for a slight twist. 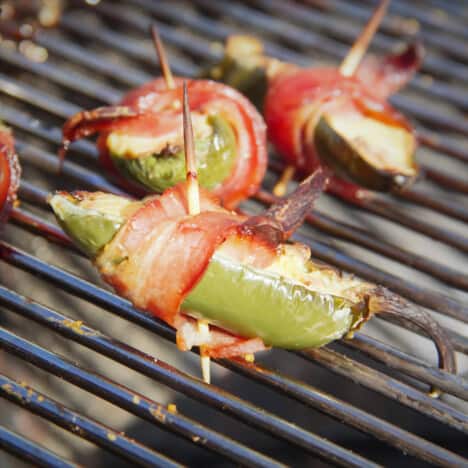 The bacon wrapped around the cream cheesed jalapeño half helps hold the popper together and adds flavor. 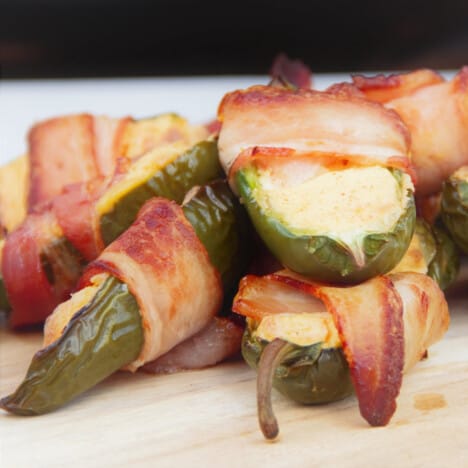 Remove the toothpicks to serve or leave in to pick-up finger free. 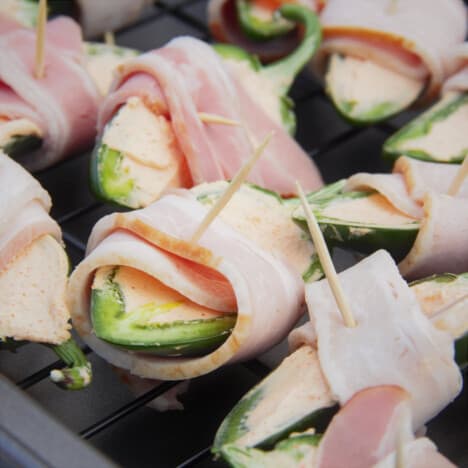 Prepare all the jalapeño poppers before lighting the grill to start cooking. 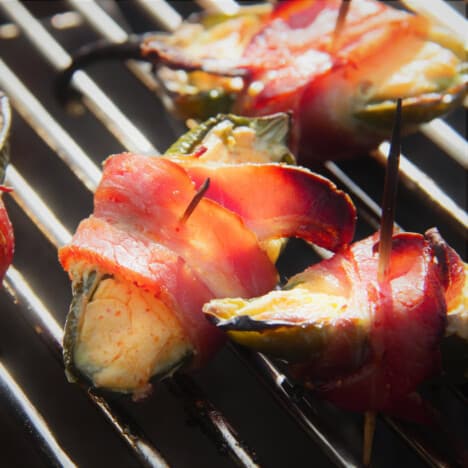 Soaking the toothpicks helps to stop them burning while they are grilling. 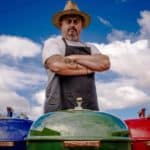 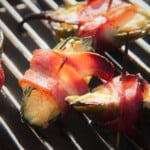 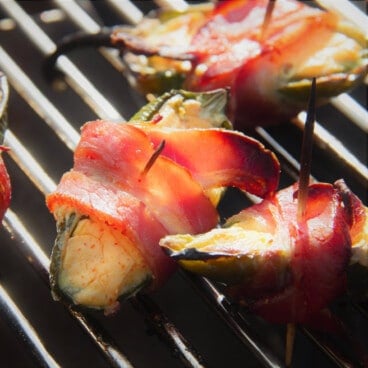 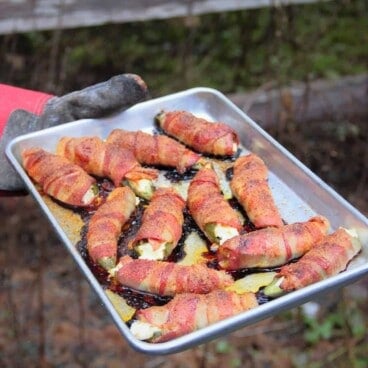 Popular in ‘the South’ of America these atomic buffalo turds are a niche finger food cooked on a smoker. Though…

Cheesy Kransky Jalapeño Poppers are the ultimate appetizer. Spicy, creamy, sweet, and with bacon, no one will be able to… 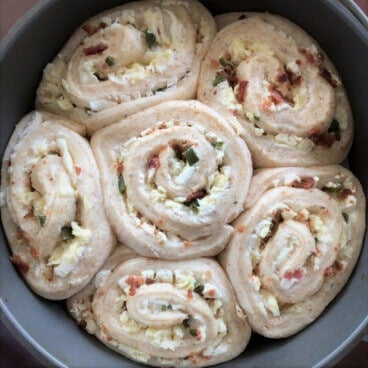 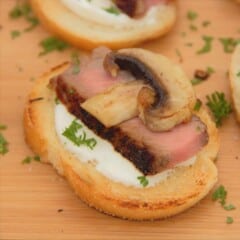 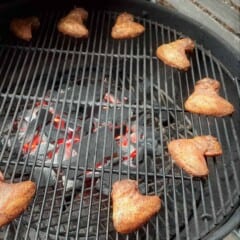 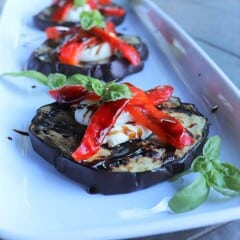 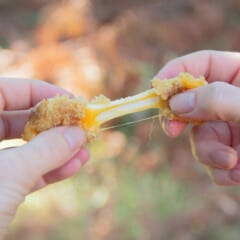 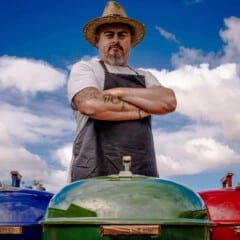 Dean is a Weber Kettle collector making amazing food and sharing his skills with the world through his quickly growing YouTube channel, Scheueys BBQ. He loves trying new things as he perfects the art of barbecue (on Weber’s).