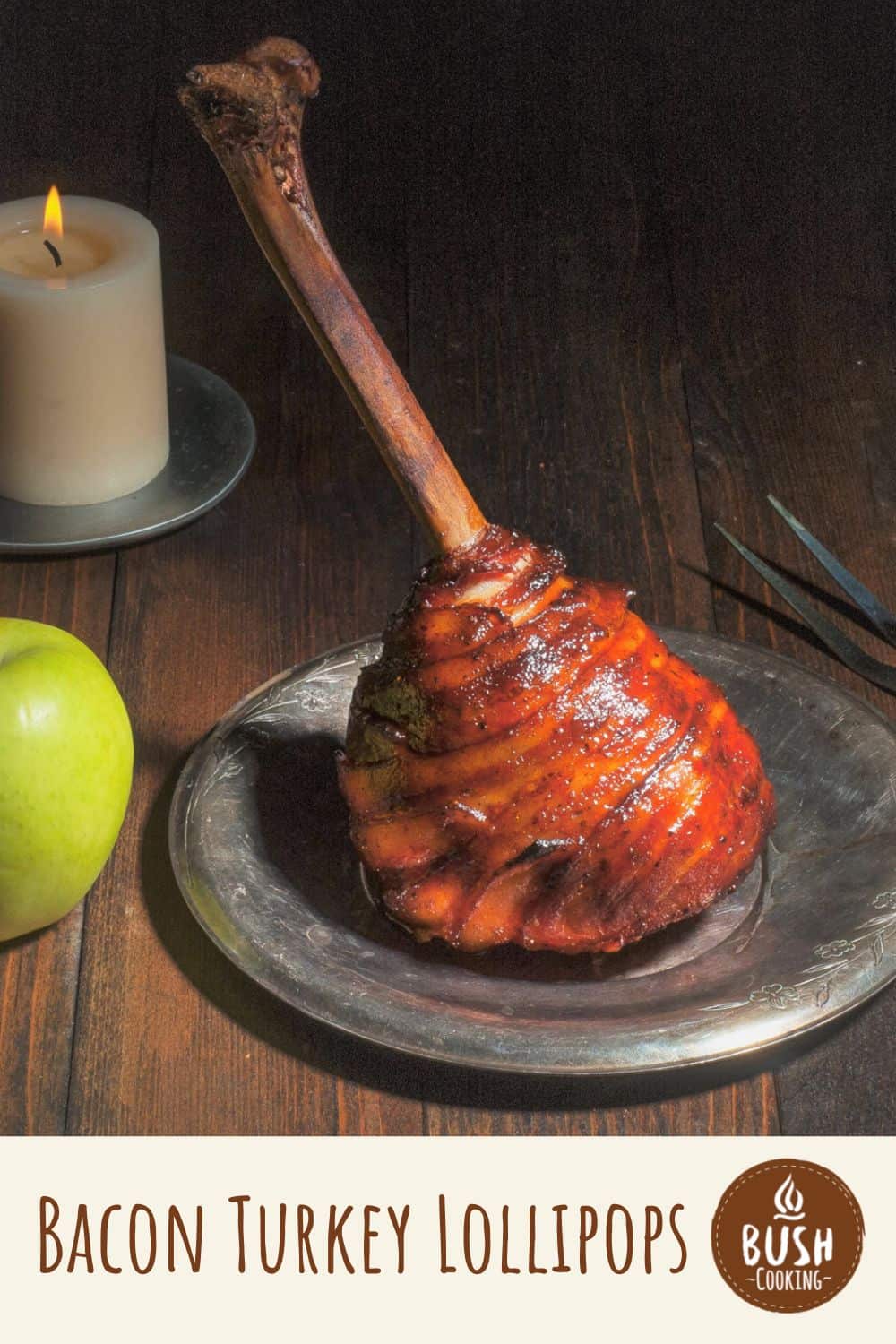 Bacon-wrapped turkey lollipops are a unique and delicious way to serve turkey legs. There are many recipes for chicken lollipops, but very few for ones made of turkey. The reason is it is hard work to make them.

The results of making turkey lollipops make the effort and time worthwhile. The end result is juicy and delicious turkey meat wrapped in smoky bacon. There is something very medieval when chomping down on a turkey leg.

Due to the amount of butchering please consider safety first. Always point your knife away from you and your hands. You’ll need a sharp boning knife and culinary or regular pliers to clean the bones. Paper towels help you grip the turkey drumstick skin so you can pull it off easily. There are about 10 tendons and bones to remove. 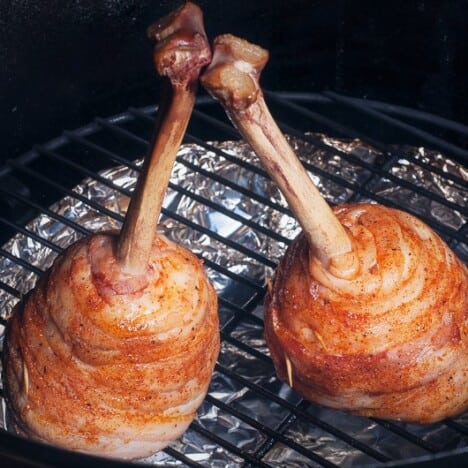 Once the turkey drumsticks are butchered and wrapped in bacon they are added to the smoker to cook. 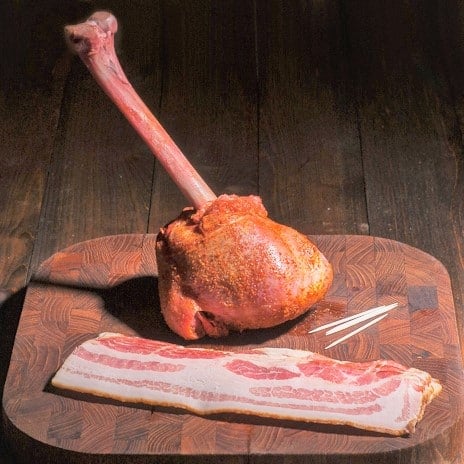 Once the turkey drumstick is butchered a light dusting of chicken rub is applied before it is wrapped in bacon. 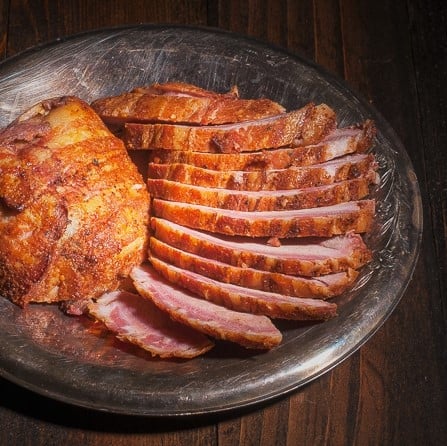 If a turkey drumstick is too much for one person the meat can be sliced off and served like a roast. 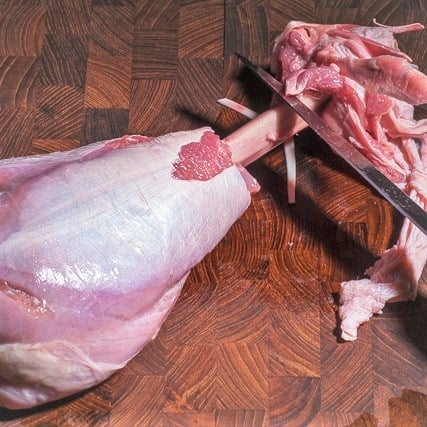 The thin end of the turkey drumstick is cleared from the bone to create the stick of the lollipop effect. 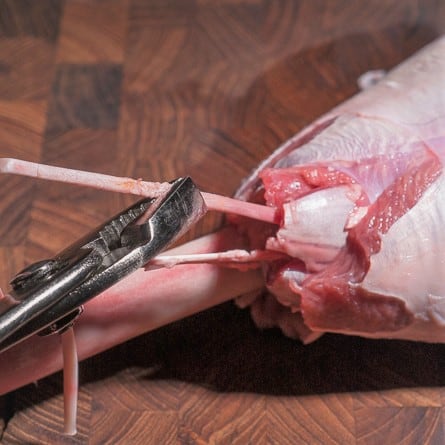 Use pliers to help pull the bones and tendons out of the meatly part of the turkey drumstick. 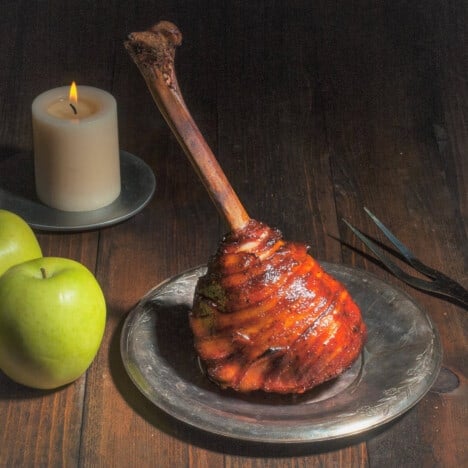 Once the bacon-wrapped turkey drumstick is cooked it is quite spectacular when served. 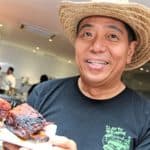 Harry Soo
0
reviews
This recipe is sponsored by Slap Yo’ Daddy. 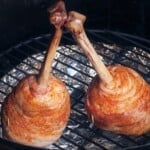 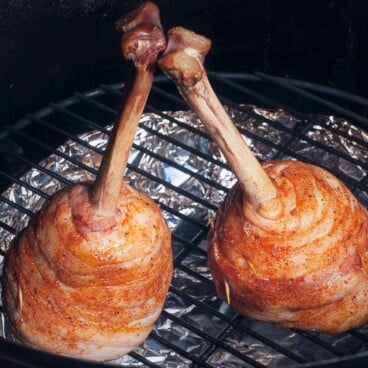 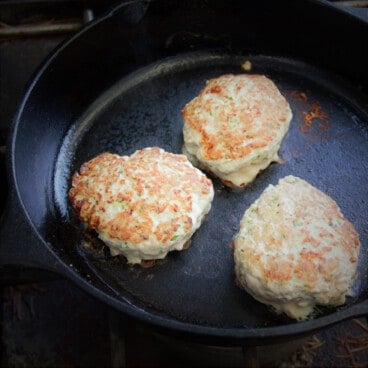 Perfect for your next camping trip, these Asian-inspired Turkey Rissoles are cooked in a skillet, packed with flavor, and easy… 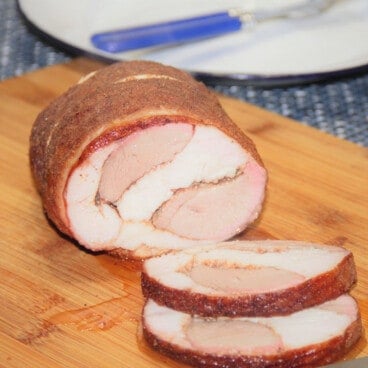 Smoked Turkey Roll is a great new way to cook turkey breasts and thighs. It has seasoning both on the… 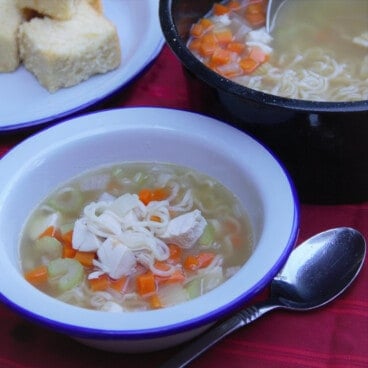 A super quick and easy camping meal, this Turkey Noodle Soup is great for leftover turkey. If you love this… 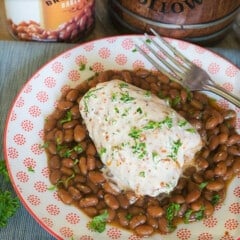 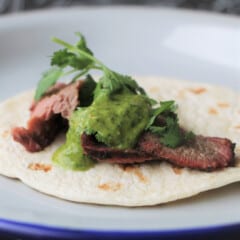 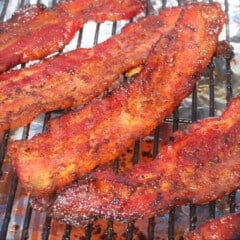 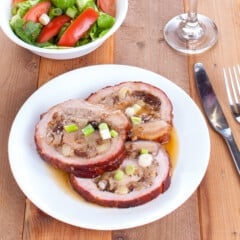 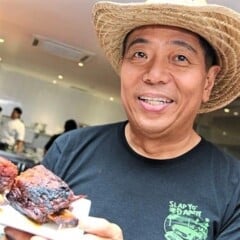