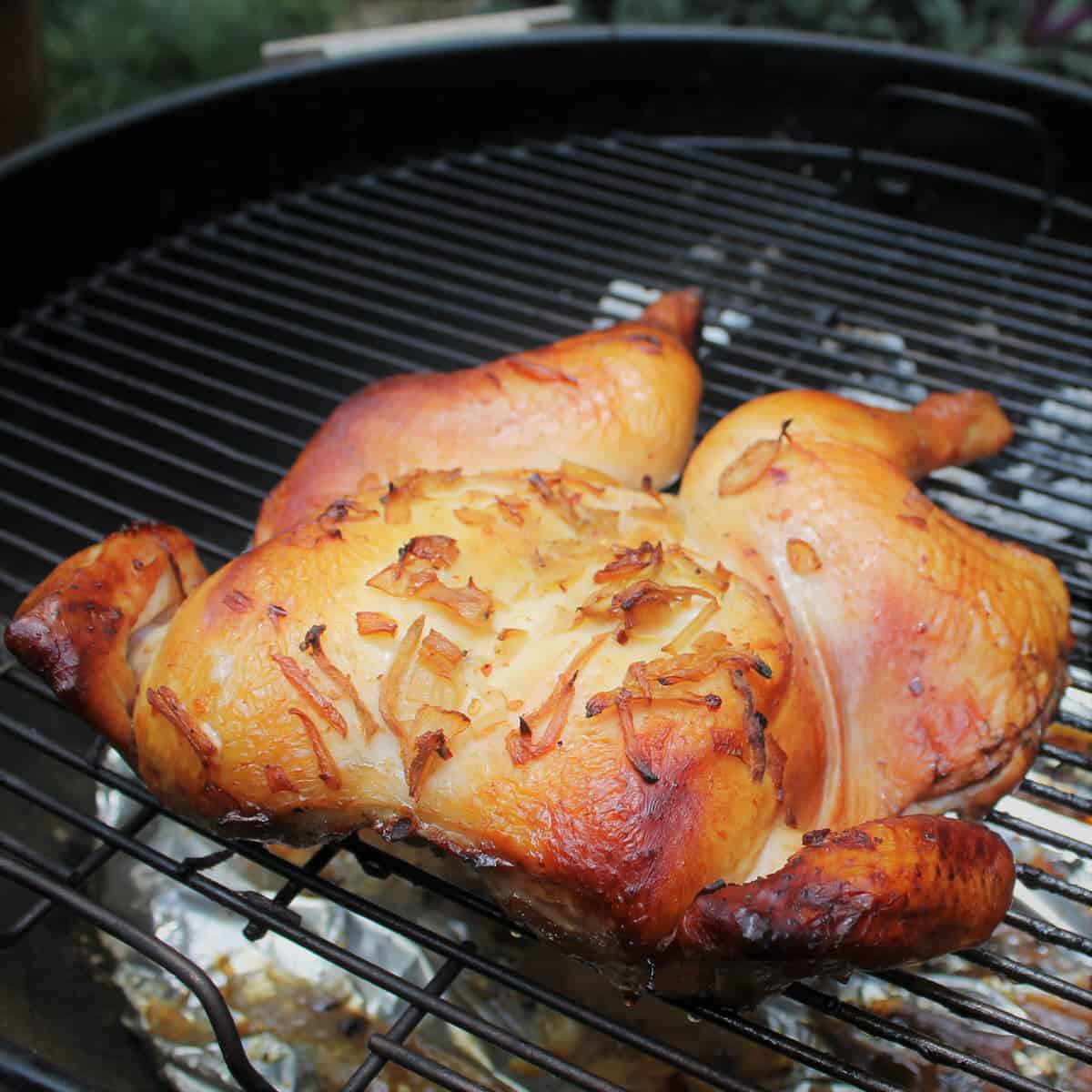 This honey ginger barbecue chicken is heavily influenced by Vietnamese flavors. It is nestled in a sweet marinade before being smoked and then grilled. The marinade has ginger, garlic, honey, fish sauce, and a bit of heat from red pepper flakes.

Very sweet marinade preparations like this work well with the low temperatures that come with indirect cooking, such as smoking. If the barbecue is too hot or you try to grill it then the sugars will caramelize quickly and go very dark or even burn.

This barbecued chicken goes well with a simple cooked white rice and Asian-style green vegetables. Try grilling baby bok choy or cabbage alongside the chicken. Or keep it fresh and serve it with slaw. 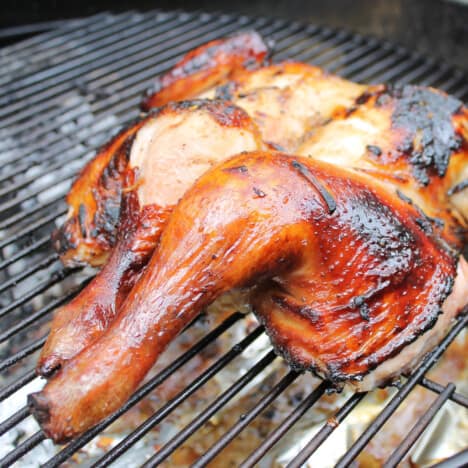 This chicken is marinated before being smoked and grilled. The honey and ginger marinade create an Asian flavor to this delicate dish.

After marinading, smoking, then grilling this honey and ginger chicken is finally served with a side of rice. 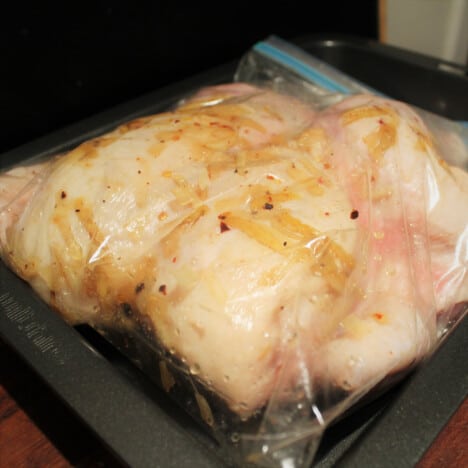 Honey and ginger are the main flavors in this marinade but also include garlic, fish sauce, and chili. 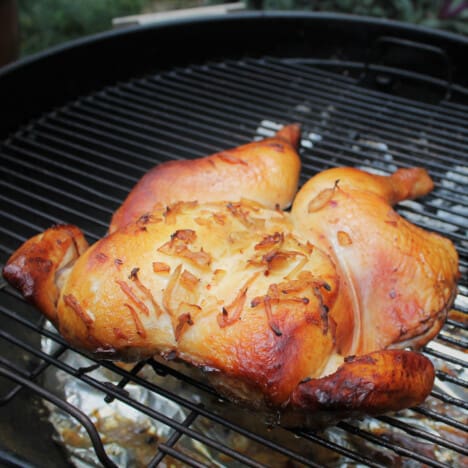 Honey and ginger are the prominent flavors in this chicken recipe that is both smoked and grilled. 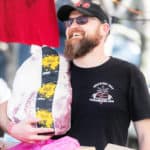 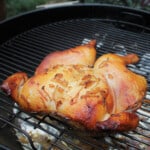 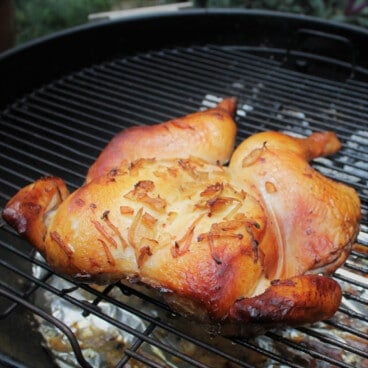 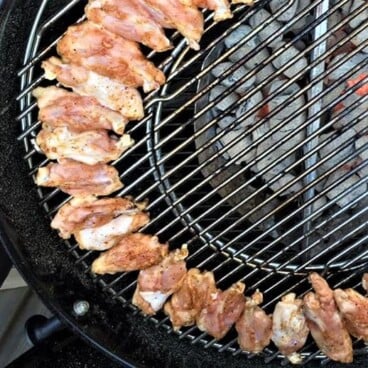 Chicken spare ribs are the scapula bones, which have a better per pound meat ratio than wings or drumettes. These… 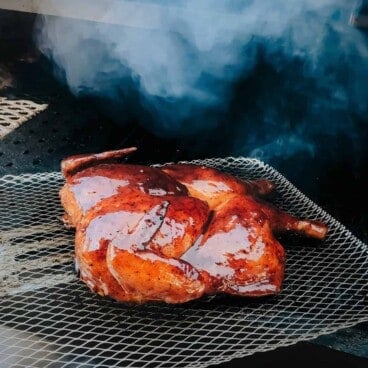 Cooked on a closed grill, this grilled butterfly chicken has the same flavors and tenderness of a smoked chicken. The… 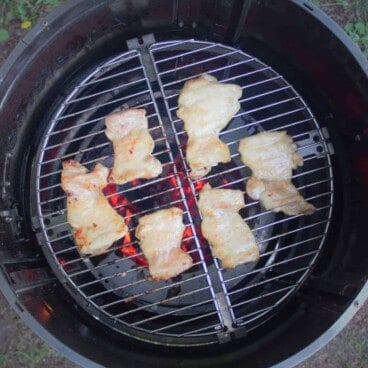 This flavorsome dinner is comprised of two elements, a grilled glazed chicken served on a bed of seasoned apricot couscous.… 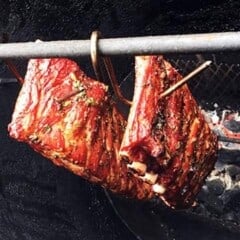 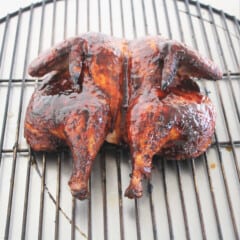 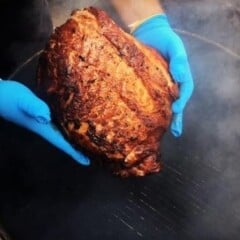 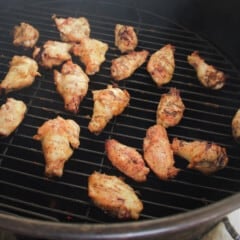 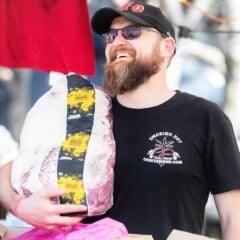