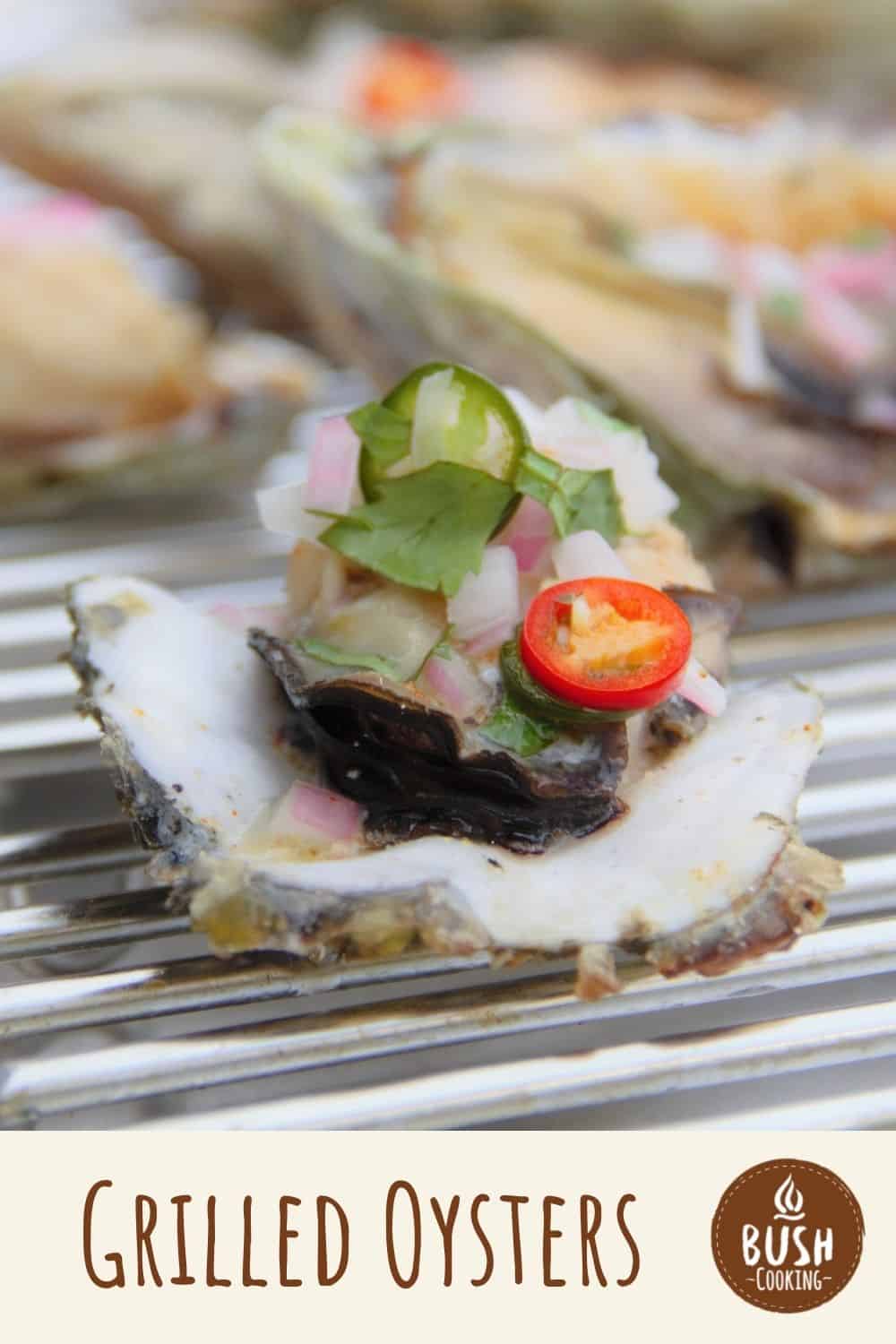 There are many ways to cook oysters. This grilled Mexican oyster results in a fresh and flavorful version. There are a few steps to the cooking, as layers of flavor are being added, with the final addition being a spicy Mexican vinegar dressing.

The homemade vinegar dressing removes the slimy texture that some people dislike when eating oysters. The start of the cook is done in the shell before the addition of butter, which helps keep them moist. The final step of cooking is topping it with spicy vinegar.

If you don’t like too much heat, remove the seeds and white pith of the Serrano peppers. Alternatively, you can remove the chili altogether and replace them with bell pepper (capsicum) which is a non-hot yet a flavorful member of the pepper family. 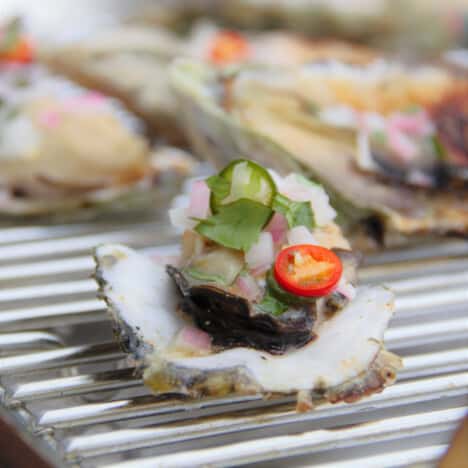 Once fully prepared the Grilled Mexican Oysters are both tasty and have a great presentation. 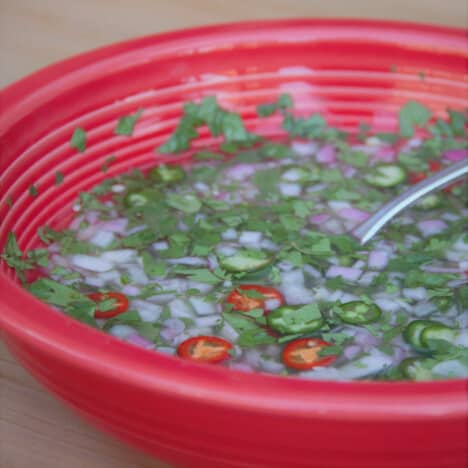 Letting the dressing rest allows the flavors to fully fuse before adding to the oysters. 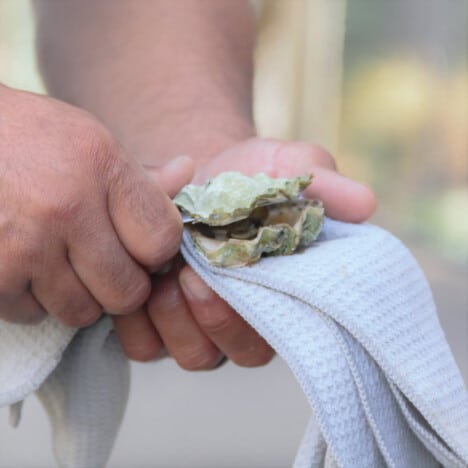 Place the oyster in a towel so you don’t burn yourself while shucking. 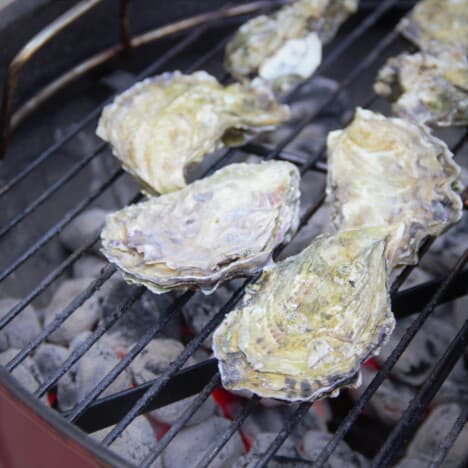 The oysters start to cook before they are shucked open and the other ingredients added. 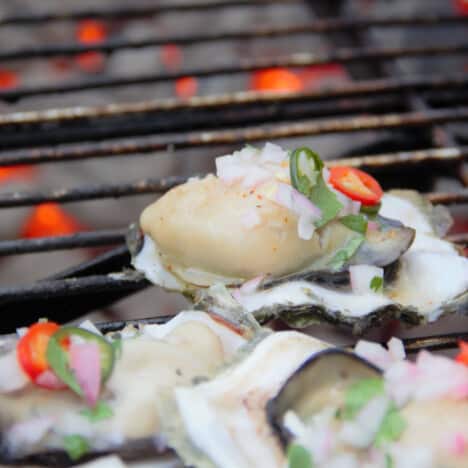 The final step is to add the flavorful dressing to the almost cooked oyster. 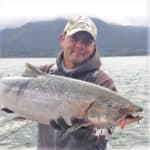 Pro Escobedo
0
reviews
This recipe is provided by VIP Outdoors. 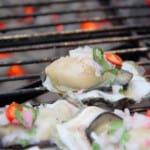 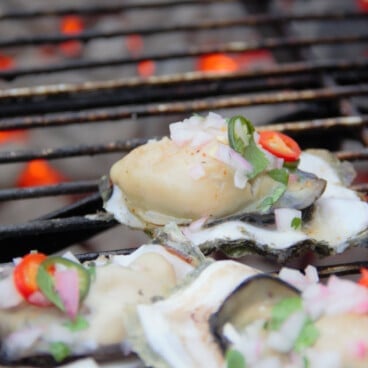 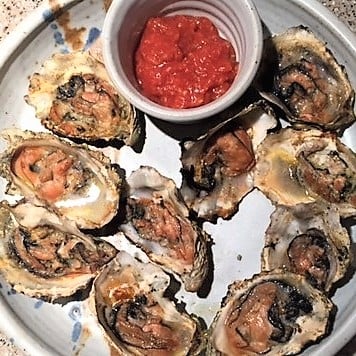 Oysters are always a popular appetizer or first course to serve. These bourbon smoked oysters are even more special, with… 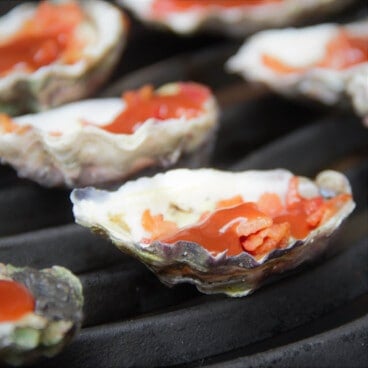 Oysters Kirkpatrick is a classic English dish where fresh oysters are cooked with bacon and a Worcestershire tomato sauce. It’s… 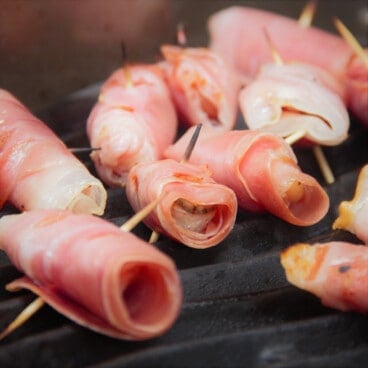 Prosciutto-Wrapped Scallops are seasoned simply with salt, pepper, and garlic powder, then grilled for a crisp outside and tender center.… 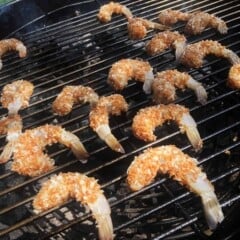 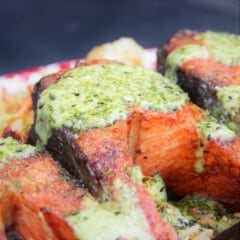 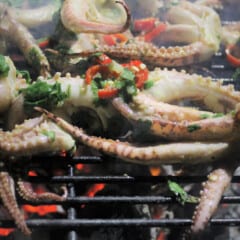 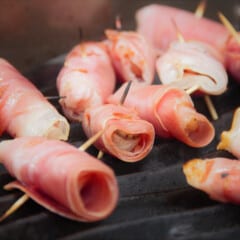 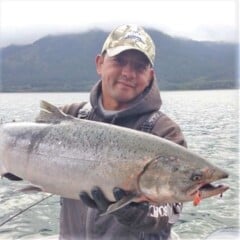